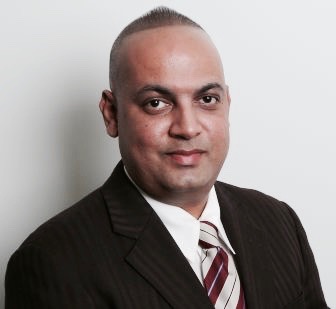 Since 1995 Faiyaaz has been practicing as a litigation lawyer.

His primary focus has been in the areas of commercial litigation, including debt recovery, personal and company insolvency, strata litigation and building and construction.

Highly qualified, Faiyaaz is admitted to the Supreme Courts of NSW, Queensland and as a Barrister and Solicitor to the High Courts of Australia and Fiji.

Obtaining his Bachelor of Laws from Queensland University of Technology in 1994 and then completing his graduate diploma in legal practice in 1995 from the same university.

Since completing his studies, he has worked for reputable firms in Queensland, New South Wales and Fiji prior to joining JS Mueller & Co Lawyers.

He is of Fijian descent and speaks fluent Native Fijian, Hindi and Urdu.

Faiyaaz is an exceptional and experienced litigator and he is very highly respected by his colleagues.

■ Levy Recovery: The New Procedures and Traps for Young Players (2018)

■ Advanced Levy Collection: Collecting the Uncollectable - Recovering Levies from an Owner who has Disappeared (2018)

■ Litigation: An Owners Corporation is not Immune from Giving Security for Costs (2019)

■ Airbnb Hosts can be Fined $550 for Failing to Notify Strata of New Guests Under NSW Law - news.com.au

SIGN UP NOW
FOR THE LATEST
STRATA LAW UPDATES.

Designed and built by Gency

I understand I’m signing up to JS Mueller & Co Lawyers Strata News and may unsubscribe at any time.